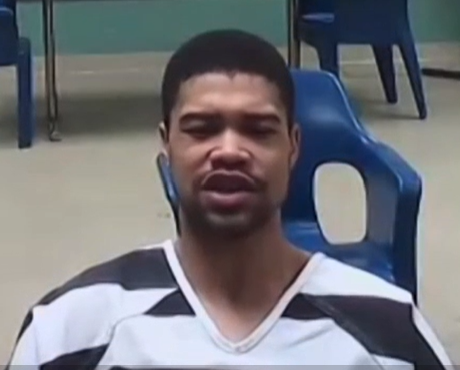 The terror suspect in the series of attacks against Orthodox Jews in Lakewood and Jackson nearly three weeks ago had his second court hearing on Wednesday, and like in the first hearing, he cursed at the judge repeatedly and was muted so that the proceedings could continue.

Dion Marsh appeared virtually before Superior Court Judge Guy P. Ryan on Wednesday to have the new state terrorism charges against him read, yet as in the first hearing last week, Marsh hurled obscenities throughout the court session.

“She can leave now or shut the [expletive] up,” Marsh yelled immediately upon public defender Marissa DeAnna’s entering for an appearance on Marsh’s behalf.

It isn’t clear who Marsh was referring to.

The judge then told the suspect that he would be advising him of the new charges leveled against him by the state.

“Oh, word, and what’s yours? Terrorism? [Expletive] you. Get going,” Marsh responded.

Marsh was then muted, during which time Judge Ryan read the new charge of terrorism, which comes along with a minimum prison term of 30 years and up to a maximum of life in prison.

Marsh was then unmuted to be asked by the judge whether he understood the charges and his rights as a defendant. Marsh went right back to cursing.

“Do you want the numbers or not?” Marsh asked the judge, referring to the phone numbers of attorneys that he wanted to hire to defend him.

“No, I don’t call the attorneys for you, sir,” Judge Ryan replied.

“Okay, then shut the [expletive] up,” Marsh shot back. “Don’t get me a public defender.”

After being muted yet again, the judge had Marsh unmuted for a moment to ask him if he understood the proceedings that had just occurred.

See video of Wednesday’s proceedings below. Video is via APP.