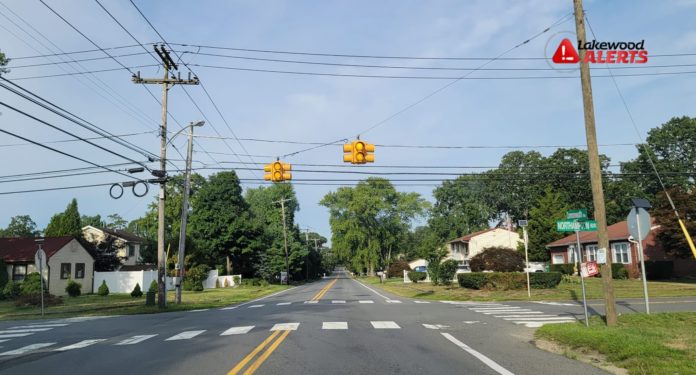 A dangerous intersection in the Pine Lake Park section of Manchester will be getting a traffic light following a series of recent accidents – including a fatal one.

The existing blinking lights at the corner of Commonwealth Blvd. nd Northampton Blvd. will be upgraded by Ocean County (which controls the intersection) to a regular traffic light following a request from Manchester Mayor Rob Hudak.

“We have needed this for some time now,” Hudak said at a Township meeting, saying that officials have been trying to get the intersection’s light upgraded for nearly two decades.

“I’m proud to have worked with the County to deliver this for our residents. As a Pine Lake Park resident, I’ve seen firsthand the dangers of this intersection and the inattentiveness of drivers that led to serious or fatal accidents,” Hudak said.

In addition to putting up a full traffic light in the next few months, the County will also be trimming brush growing alongside Commonwealth Blvd. to increase driver visibility at the intersection.