Councilwoman Pressured to Resign After Hitting Biker, Fleeing the Scene [SEE THE VIDEO] 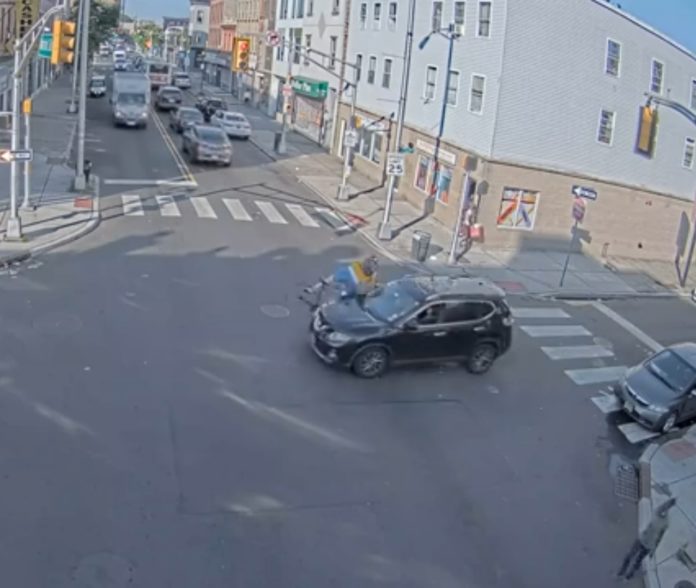 A councilwoman from Jersey City who struck an UberEats bicyclist and then fled is coming under pressure to resign.

Security footage shows Councilwoman Amy DeGise driving off after hitting the cyclist at the intersection of Martin Luther King Drive and Forrest Street. The bicyclist had run a red light, but DeGise didn’t slow down before – or after – the collision.

Now, two members of the Jersey City Council, James Solomon and Frank Gilmore, are calling on DeGise to resign.

“After carefully reviewing the CCTV footage, considering a council member hit an individual with her SUV, and left the scene without checking on the individual, am calling for the resignation of Council member DeGise,” Gilmore said.

“Public servants must be held to a higher standard,” Solomon said. “While Councilmember DeGise is entitled to forgiveness and her day in court, both should come as a private citizen.”

The bicyclist suffered deep bruising and cuts in the collision, but no major injuries.