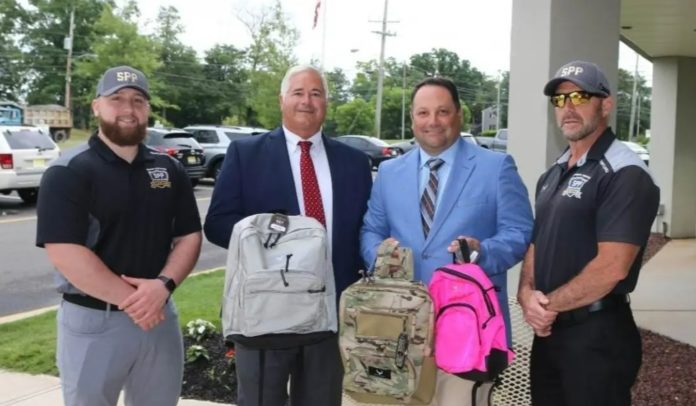 A former Toms River police officer and current owner of a security company has donated 20 backpacks to the Toms River Regional School District in response to the deadly school shooting in Uvalde, Texas.

Superior Protection Professionals, led by founder Kelly Conklin, said the backpacks look ordinary but have an armored plate inside that can stop 95% of bullets fired at them.

“We all want these horrific incidents to stop but it only appears to be getting worse unfortunately,” Conklin said. “Not only is keeping students safe dear to our hearts, we have a special affinity for the Toms River schools, since me, my wife, and all 4 of our children went through the Toms River school system.”

“If you hold the backpack in front of you and crouch down, it increases your odds of surviving a deadly encounter,” he said.

“You’re creating criminals out of Americans who helped defend our very freedom. At one point this served to protect me, but now it serves to potentially put me in jail. Who am I hurting and who are my brothers and sisters in arms hurting?” he asked.