The judge determined that evidence withheld by prosecutors during the original trial may have influenced the jury into convicting Rabbi Eisemann, whereas had the evidence been allowed, it may have resulted in finding him innocent.

Rabbi Eisemann’s lawyer, Lee Vartan, made a compelling case to Judge Peone last Friday, arguing that the prosecution evidence that a bookkeeper made an accounting error was cause for the SCHI founder’s convictions to be tossed.

“This is wholly exonerating evidence. The evidence that we have brought to bear before the court shows that Osher Eisemann is innocent,” Vartan said.

With the convictions – money laundering and misconduct by a corporate official – now vacated, prosecutors still have the options of going to a retrial or appealing the granted motion. In a potential retrial, which is expected, Rabbi Eisemann would be faced with the two charges he was originally convicted for. However, the prosecution’s argument has been seriously damaged, with evidence now available proving he is not guilty of wrongdoing, as well as the case being far less complex now and more difficult for prosecutors to get a jury to agree with them.

Despite the win, Rabbi Eisemann still needs tefillos, as the prosecution has not yet made a decision whether to seek a retrial. Please continue davening for Osher ben Chana Frumet.

Judge Joseph Peone has already scheduled a new court date on August 19th in the event that the prosecution moves forward with a retrial. 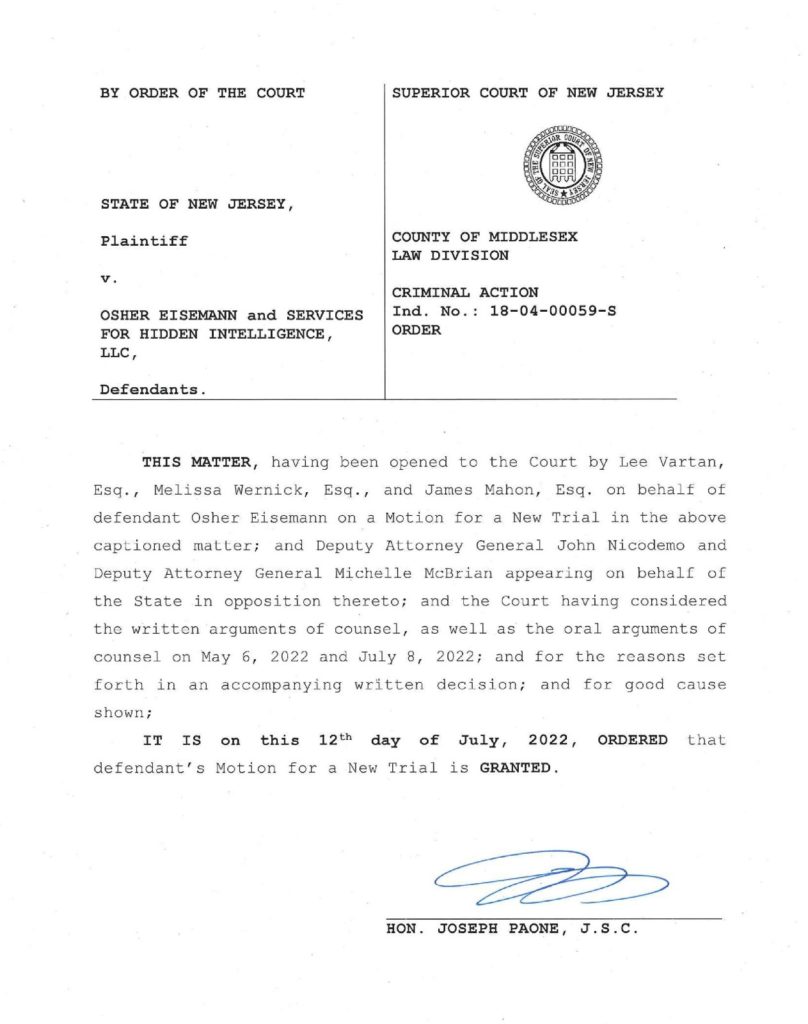