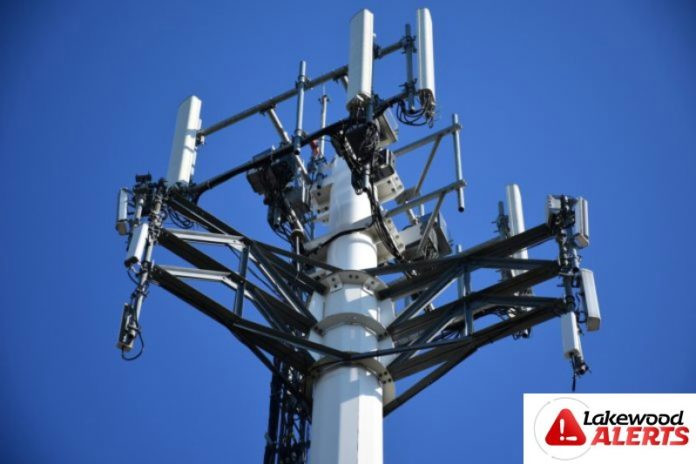 The roshei yeshiva of Bais Medrash Govoha – Rav Yeruchem Olshin, Rav Malkiel Kotler, Rav Dovid Schustal, and Rav Yisroel Newman – have signed a letter in opposition to the construction of a cell tower that has been approved to be placed above the Eleanor Levovitz senior citizen building on the corner of 6th and Clifton.

The letter was also signed by Lakewood posek Rav Yaakov Forchheimer, who had previously written a letter opposing it.

“Reliable information regarding the real risks of Radio Frequency Transmission was shown to me. This could c’v affect the health and wellbeing of the residents situated in the area, including many of my own talmidim, as well as numerous Talmidei Hayeshiva, and the community beyond,” the letter reads.

“Harav Betzalel Klein Shlita, Satmar Dayan of Lakewood, and one of my talmidim have stated that they may have no choice but to relocate from their homes if c’v this antenna [becomes] a reality.”

A second letter, also signed by the roshei yeshiva, states that the antenna was approved “without the knowledge or consent of the community residents” and that they are “absolutely opposed to the proliferation of such antennas in all residential areas, and according to our opinion, it defies Torah Law.” 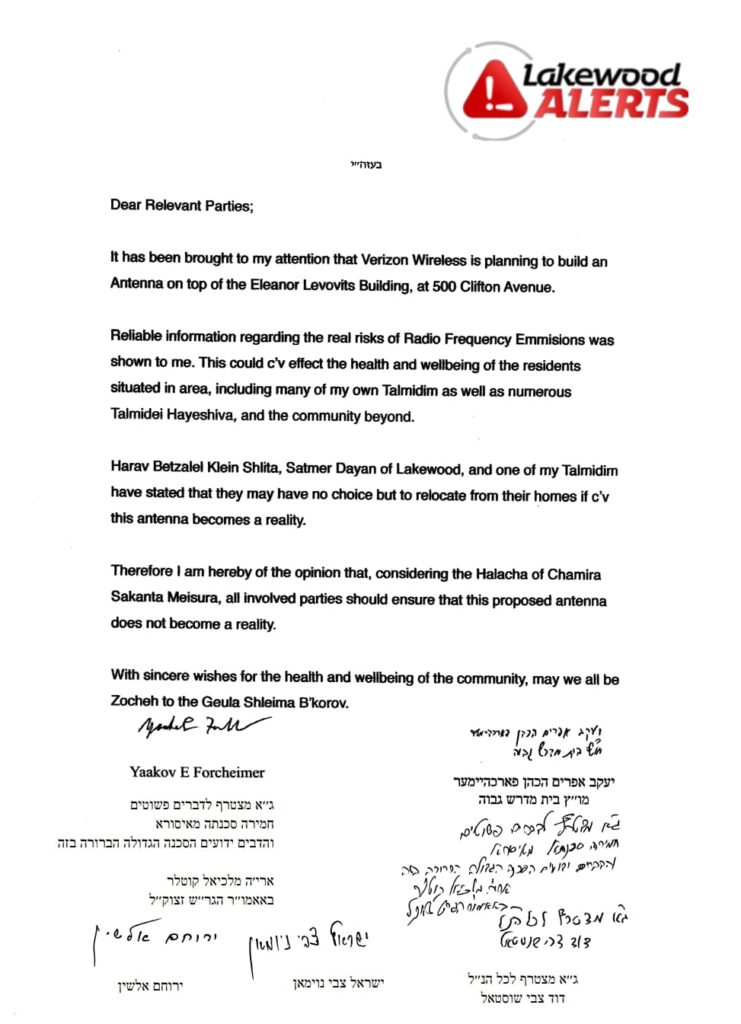 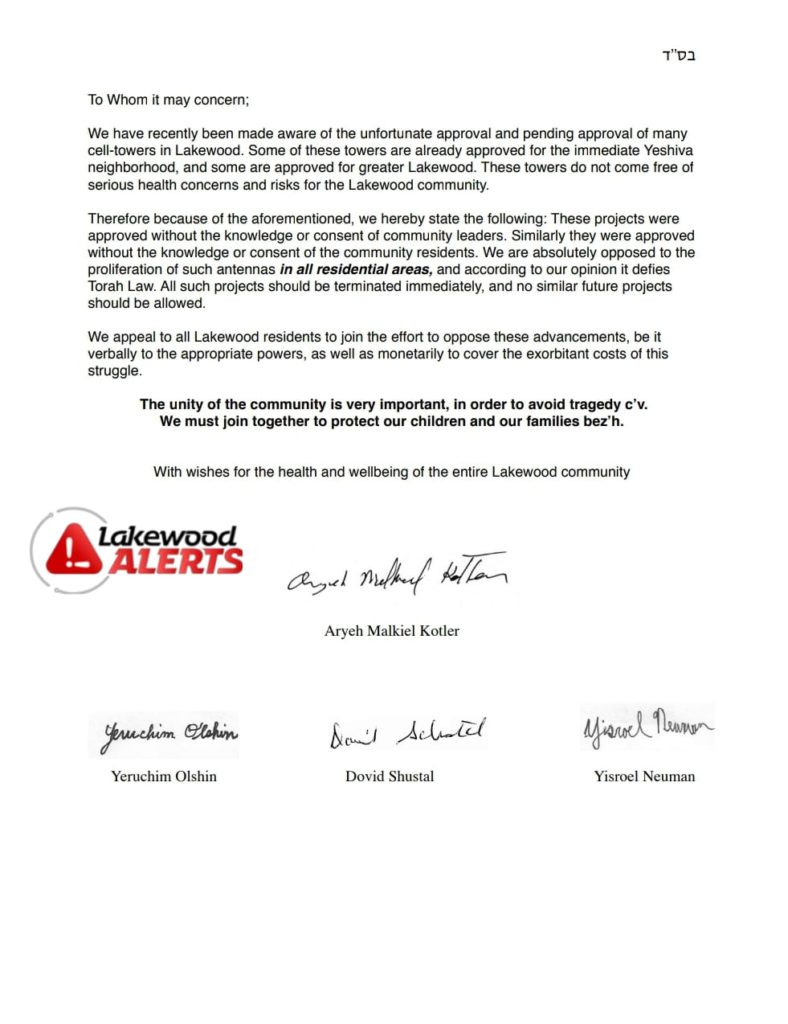