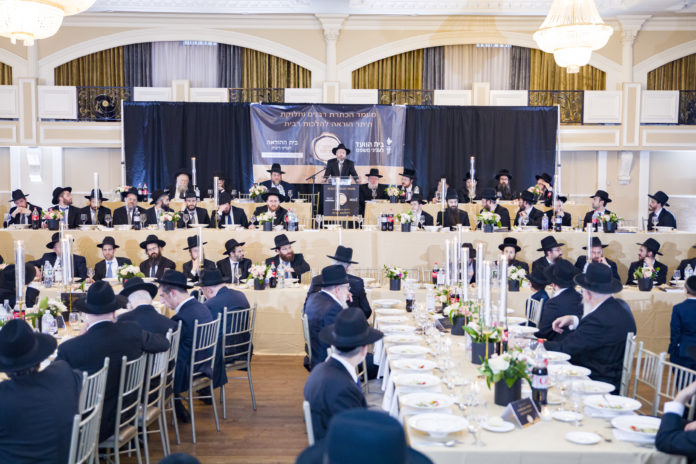 Last week, a ceremony was held to mark the Hachtarah of 45 talmidei chochomim who have learned and been tested on the complex laws of ribbis and will now answer shailohs for the Kav Ribbis, a joint project of Lakewood’s Bais HaVaad and Rav Pinchos Vind of the Bais Hora’ah Linyonei Ribbis of Yerushalaim.

Rav Vind is a world’s recognized top expert on anything ribbis related and has authored several all-encompassing sefarim on this topic and is known as the go-to address for the most complicated ribbis shailohs. He has trained Rabbanim all over the world and gives shiurim regularly to talmidim on the topic of ribbis.

For the past decade, the Bais HaVaad has been fielding thousands of business related questions and services shailos through their Business Halacha Consultation Line. It has become clear that Ribbis is by far the topic most asked about, to the extent that it was decided to offer a direct “Kav Ribbis” line and have specific Poskim available throughout the day to focus on Ribbis exclusively.

“At the dinner, when the 45 Rabbanim received Heter Horaah, it was impressive to see that their entire families came dressed in Shabbos clothes,” noted a family member.

After completing the entire Hilchos Ribbis, the Rabbanim went through an intense course focusing on the hundreds of practical pragmatic shailos that come up on a daily basis, ranging from simple friendly matters like borrowing a car with a half tank of gas and returning it full to highly sophisticated business transactions such as syndicating deals and complex deal structures.

The Poskim were tested on all they have learned, did extensive shimush answering real-time shailos and started to give shiurim around town – in shuls, yeshivas, girl’s high schools, and chadarim – in order to raise awareness. 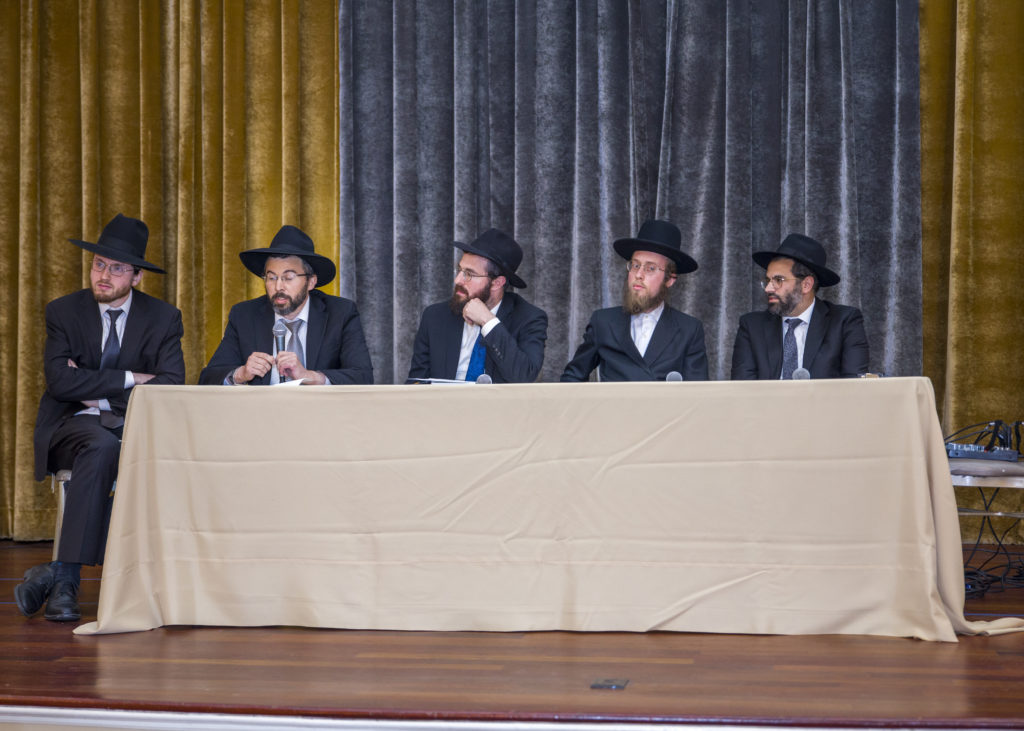 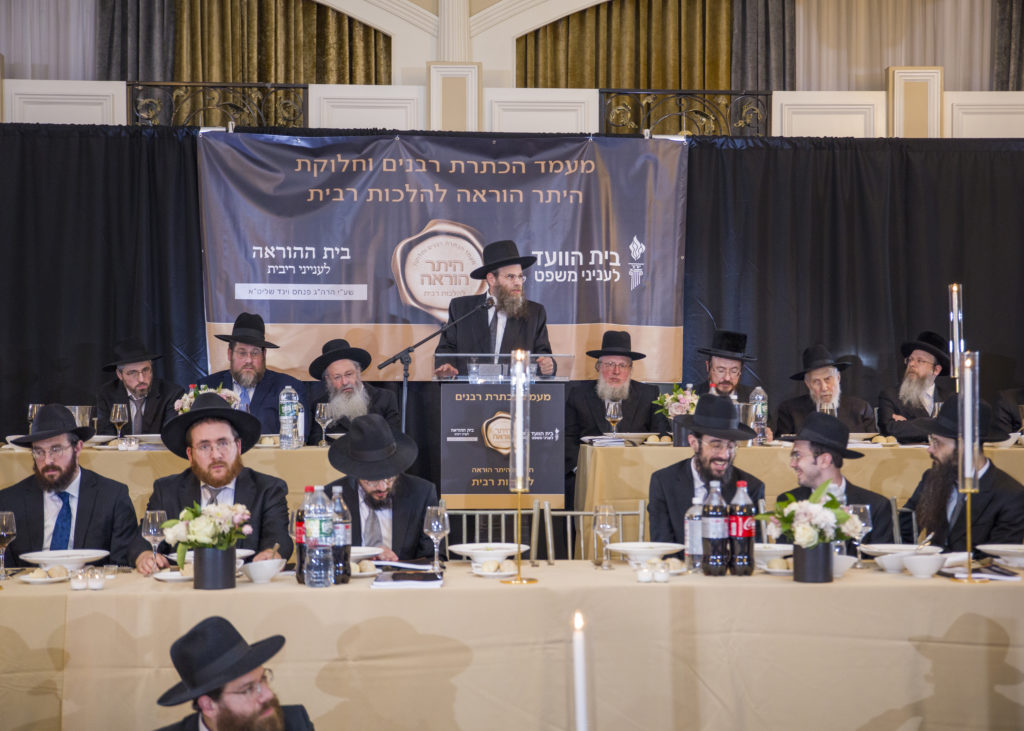 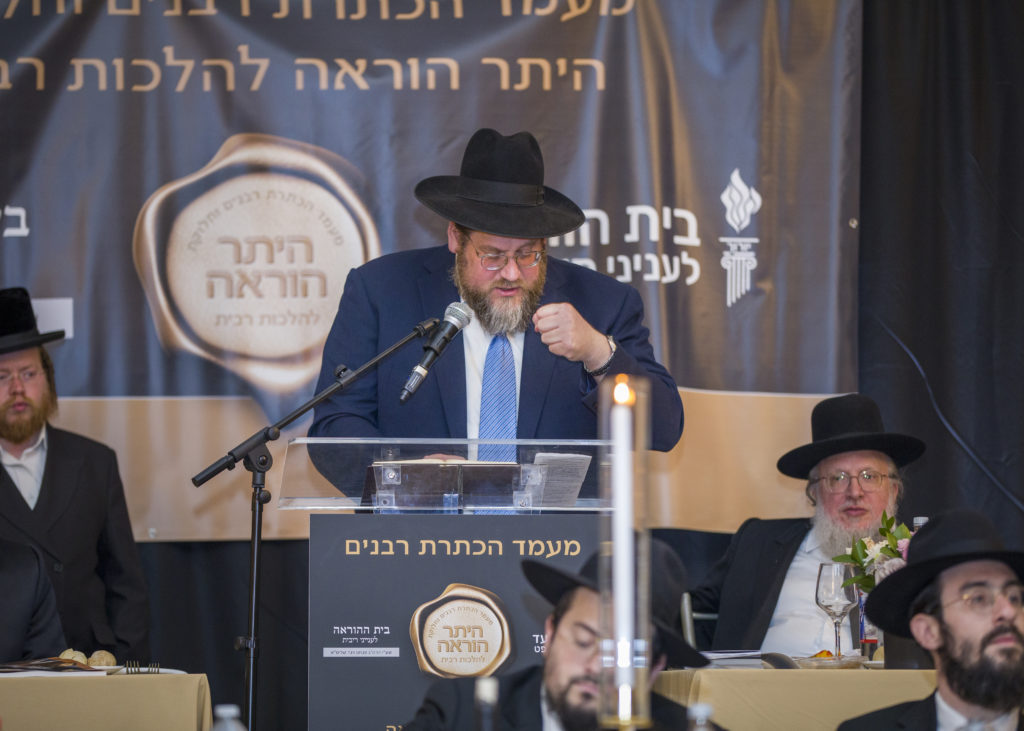 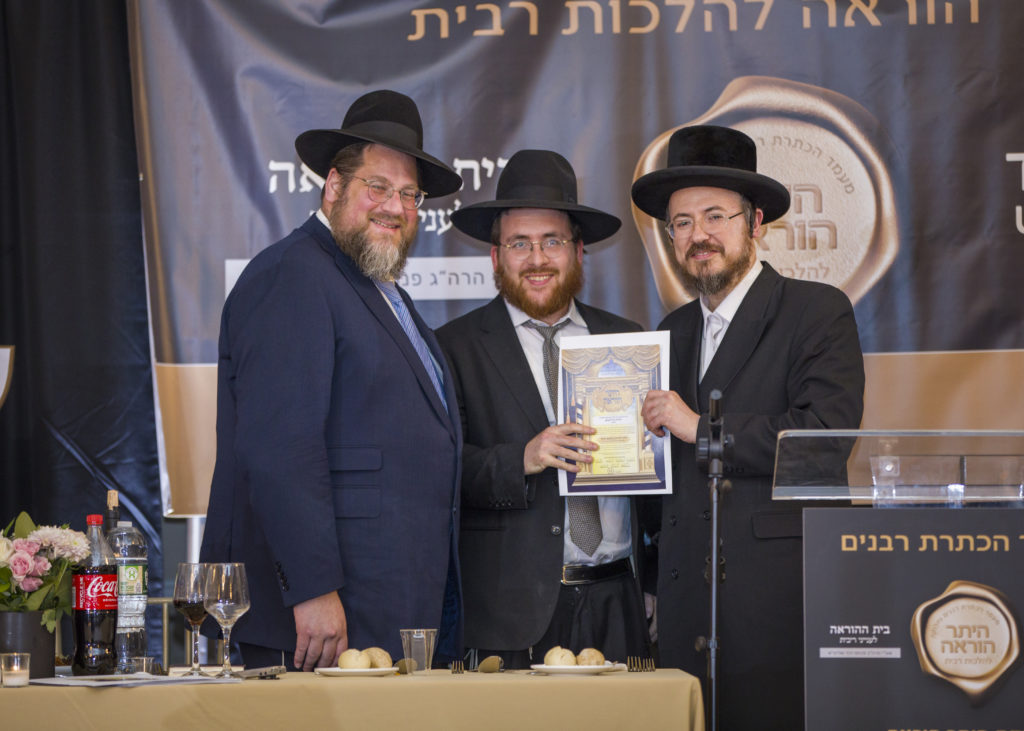 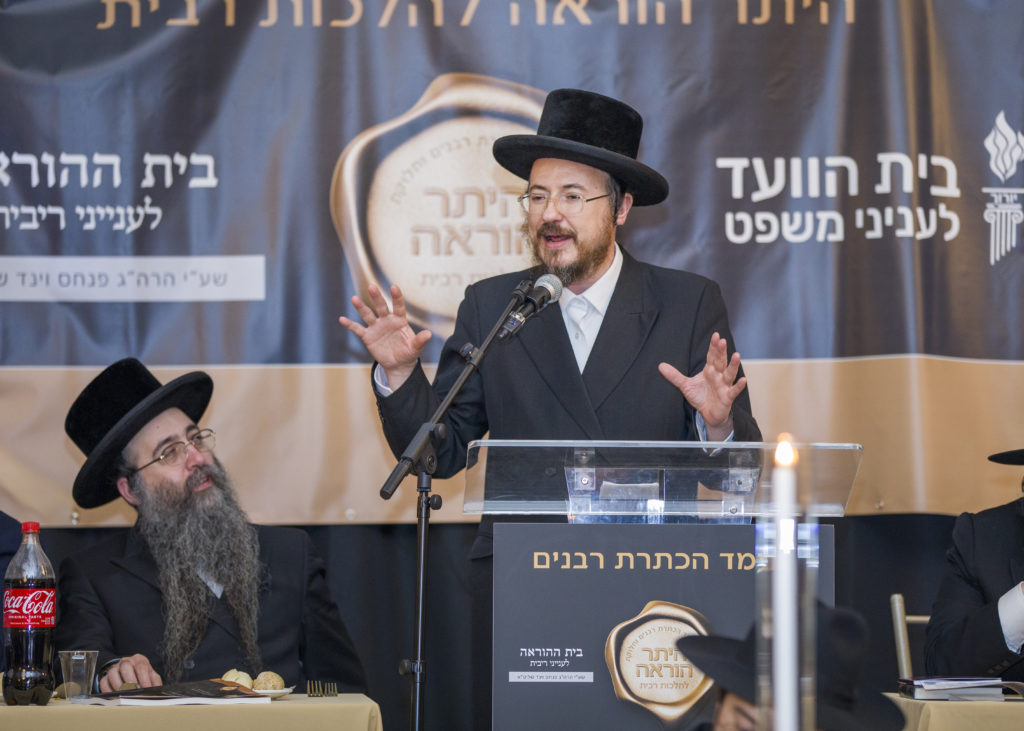 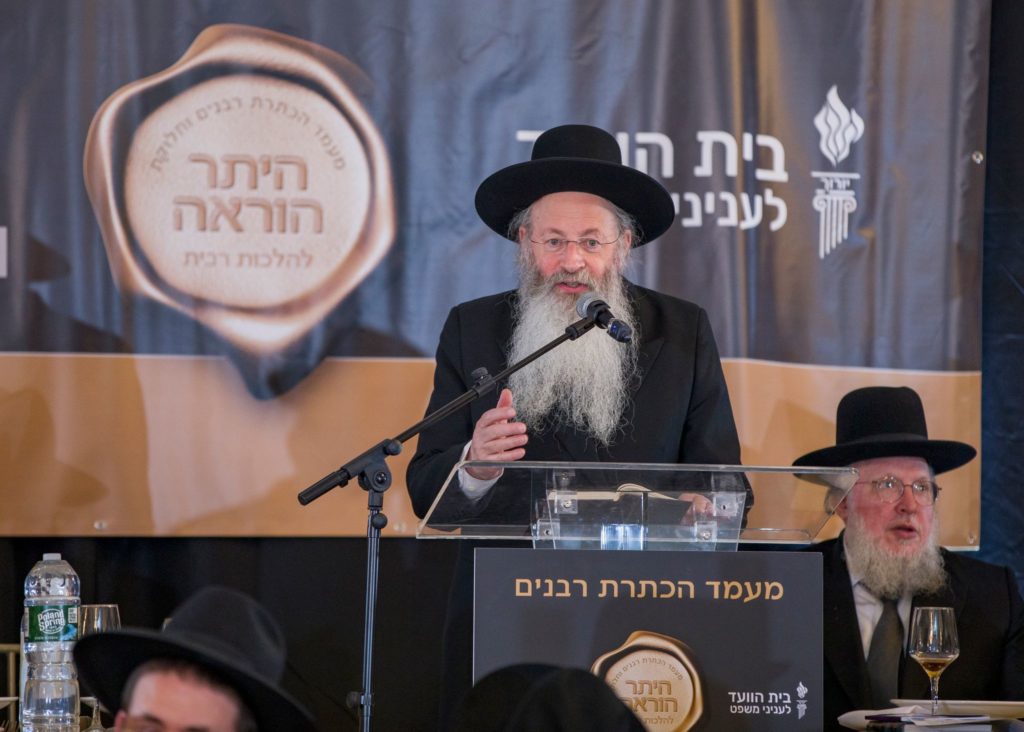