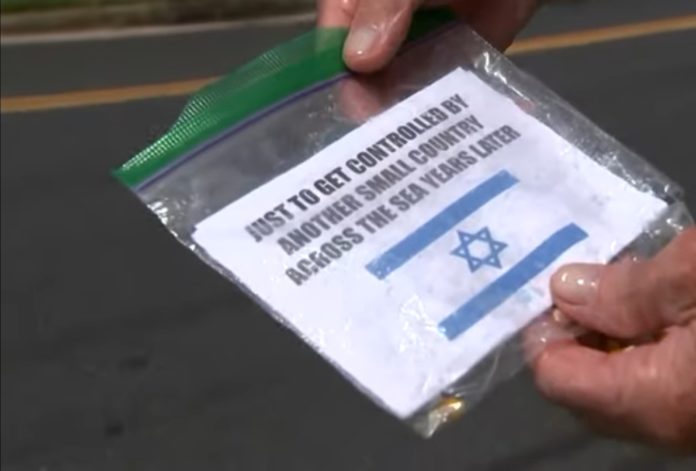 Bags with antisemitic flyers were found strewn across parts of a New Jersey town, with its hateful message consistent with similar flyers found in various communities across the U.S. in recent months, police say.

“The literature does not contain any threats, but it is consistent with anti-Semitic flyers that news outlets have reported as having been distributed in similar manners throughout the United States in recent weeks,” the Brigantine Police Department, which serves the area the flyers were found in, said. “It appears that these flyers are being randomly distributed publicly and are not targeting any specific residences or businesses.”

The flyers contained some classic antisemitic tropes, including that the media and country as a whole is secretly run by Jews.

See the video report from CBS Philly below.