The Conference of Synagogue Rabbanim of Agudath Israel of America have released a warning that “many mezuzos being sold in our communities are problematic and should not be sold.”

The letter notes that the problem has become more prevalent in the past year, with mezuzos being sold at very high prices. “Unfortunately, many of the mainstream stores and some sofrim are selling passul mezuzos to the public,” the letter reads.

“We strongly recommend having mezuzos thoroughly checked by a posek or sofer proficient in the halachos of STA”M to ascertain they were originally written in a manner which is halachically acceptable.”

Read the full letter below. 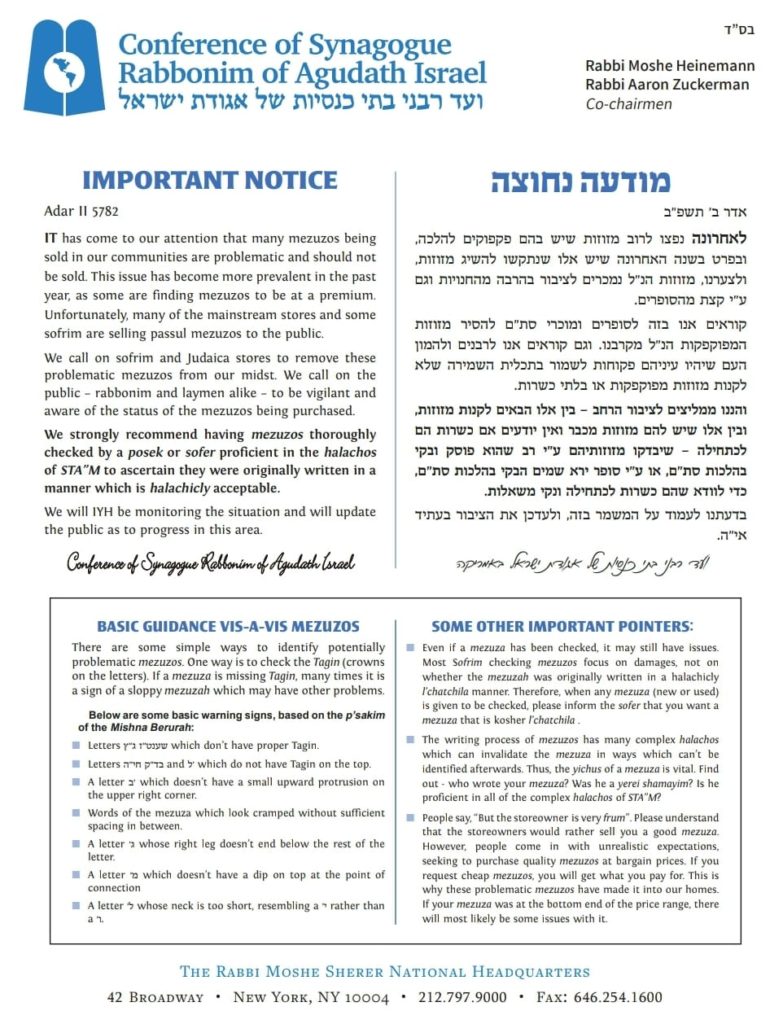