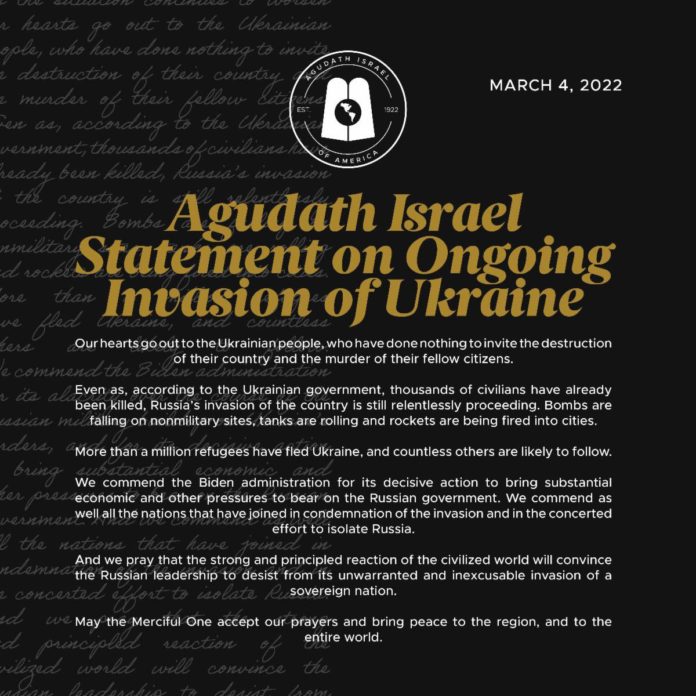 Agudath Israel of America released a statement condemning Russia for its invasion of Ukraine and commending President Joe Biden for its “decisive action” to penalize Russia for its actions.

“Our hearts go out to the Ukrainian people, who have done nothing to invite the destruction of their country and the murder of their fellow citizens,” the statement reads.

“We commend the Biden administration for its decisive action to bring substantial economic and other pressures to bear on the Russian government,” the statement adds, as well as all other nations who have joined in condemning Putin.

“May the Merciful One accept our prayers and bring peace to the region, and to the entire world,” the statement concludes.