A LOOK BACK: Lakewood’s Connection to the Pearl Harbor Attack on Its 81st Anniversary 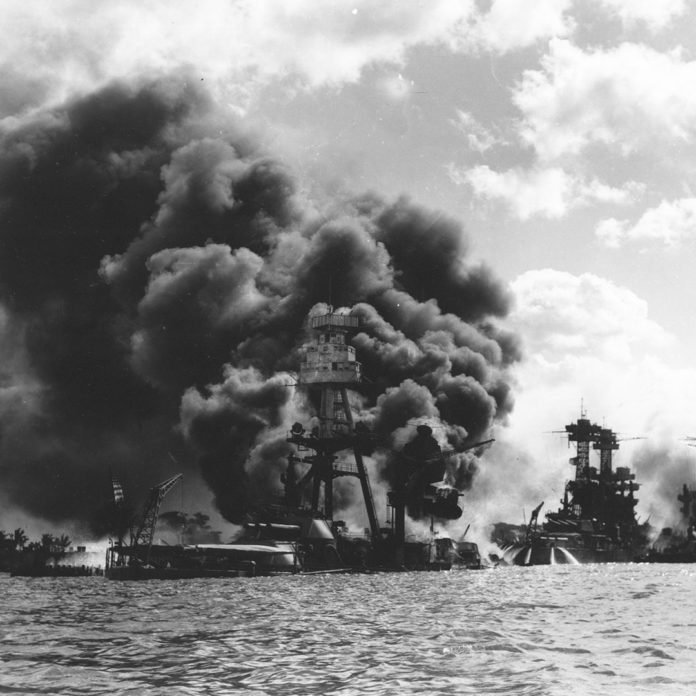 “Yesterday, Dec. 7, 1941, a date which will live in infamy, the United States of America was suddenly and deliberately attacked by naval and air forces of the Empire of Japan,” President Franklin Delano Roosevelt famously said. “No matter how long it may take us to overcome this premeditated invasion, the American people in their righteous might will win through to absolute victory.”

While the Pearl Harbor attack is U.S. History 101, many people don’t know the connection Lakewood, NJ, has to it.

Earl Melton, a 24-year-old who grew up in Lakewood, was stationed on the USS Oklahoma at Pearl Harbor when the savage attack unfolded. The Oklahoma was one of the first ships to sink, and Melton became one of the first Americans to die in the attack.

Earl graduated from Lakewood High School in 1937 where he was a member of the varsity football team. He enlisted alongside his brother, John, on July 12, 1938. Earl was received on board the USS Oklahoma on November 10, 1938. John Melton also served on board the Oklahoma from June 23, 1939 to when he was transferred to the USS Northampton on September 17, 1940.

At the onset of the 7 December 1941 attack, the battleship USS Oklahoma (BB-37), was moored at berth Fox 5 on “Battleship Row.” Just before 8 am, the Oklahoma was among the first of the ships struck in the attack, because of her position in the harbor. Nine torpedoes hit the Oklahoma, each on her port side. The torpedoes struck higher on the port side as she capsized. Heroic efforts were made to rescue the trapped men inside the hull. After 3 days, 32 men were rescued. After the Arizona, she was the largest loss of life, at 429 sailors and marines. The Oklahoma was salvaged in 1942, but it was determined she could not be repaired. In May of 1947, she was sold for scrap and while under tow to California, she sank in a storm.

Earl Rudolph Melton was initially declared Missing in Action immedately after the attack. On December 22, Milton’s family received a telegram from the military identifying Melton as “among the missing”. On February 18, 1942, the Navy officially notified the family that Earl Melton was killed in action. He was 24 years old.

Finally, in 2017 – 76 years after the attack – Melton’s remains were finally identified through DNA testing and he was buried in Arlington National Cemetery in Virginia with full military honors.