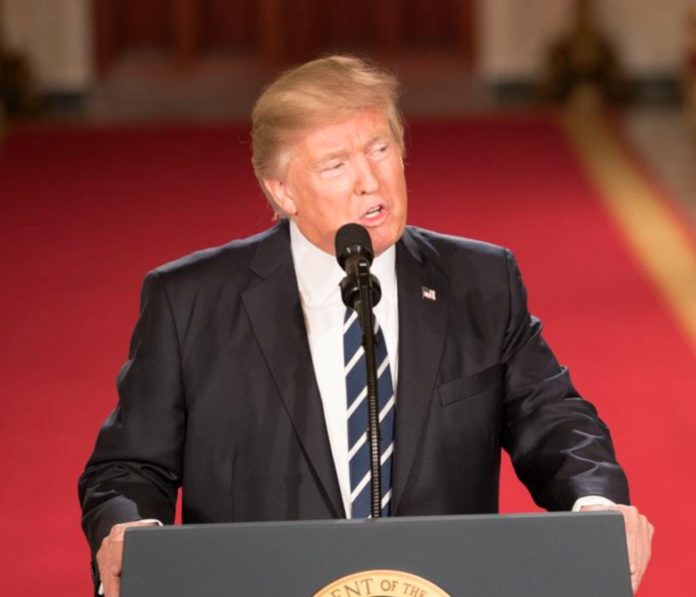 Donald Trump is under fire from the families of 9/11 victims after the former president gave the go-ahead for a Saudi Arabia-backed golf tournament to take place at his club in Bedminster, New Jersey.

“We simply cannot understand how you could agree to accept money from the Kingdom of Saudi Arabia’s golf league to host their tournament at your golf course, and to do so in the shadows of Ground Zero in New Jersey, which lost over 700 residents during the attacks,” the 9/11 Justice group wrote in a letter to Trump.

“It is incomprehensible to us that a former president of the United States would cast our loved ones aside for personal financial gain,” the letter continues. “We hope you will reconsider your business relationship with the Saudi golf league and will agree to meet with us.”

In the past, Trump has directly blamed Saudi Arabia for allowing the 9/11 attacks to happen. The hijackers were all Saudi Arabian and there are redacted details in the 9/11 Commission report about Saudi officials’ involvement in the planning of the attack.

“Who blew up the World Trade Center,” Trump said in a 2016 interview with Fox News. “Take a look at Saudi Arabia.”

However, on his Truth Social media platform, Trump and his businesses continue to promote the LIV Golf Tournament at his club.

“All of those golfers that remain ‘loyal’ to the very disloyal PGA, in all of its different forms will pay a big price when the inevitable MERGER with LIV comes, and you get nothing but a big “thank you” from PGA officials who are making Millions of Dollars a year,” Trump wrote on his personal Truth Social account.