3 Swimmers Rescued from Lake in Manchester 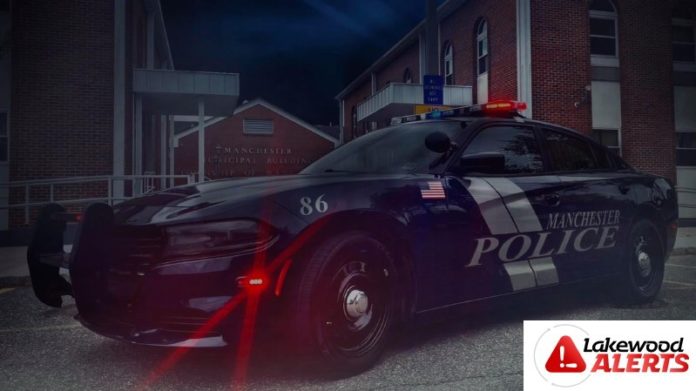 Manchester Police officers and other emergency personnel on Monday rescued a swimmer who had become fatigued and was in distress at the Harry Wright Lake.

Responding officers found two swimmers who had also become fatigued on the shore, having been helped by bystanders, who saved them. They were transported to Community Medical Center and are in good condition.

A third swimmer was located and rescued beneath the surface by members of the Whiting Volunteer Fire Department and Manchester Career Fire Department. Life saving measures were initiated on the swimmer, who was then transported to Community Medical Center by Manchester EMS, along with RWJ paramedics.

His condition is not currently publicly available.