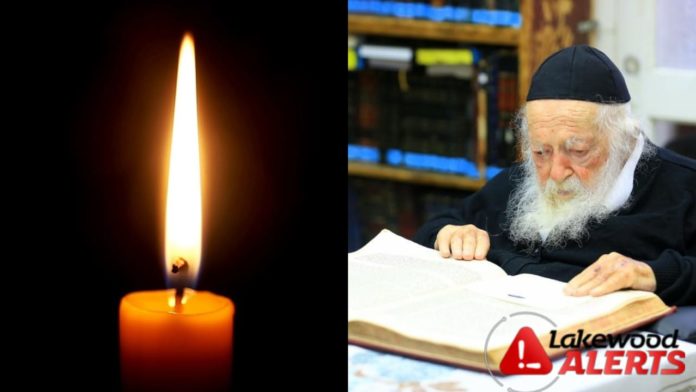 It is with tremendous regret that we inform you of the petirah of HaGaon HaRav Chaim Kanievsky zt”l, the world’s preeminent gadol hador and talmid chochom whose advice was sought for decades by tens of thousands of people.

Hatzolah was dispatched to Rav Chaim’s home on Rechov Rashbam on Friday afternoon after the gadol collapsed, but members were unsuccessful in their attempts to revive him.

Levaya details have not yet been made available.